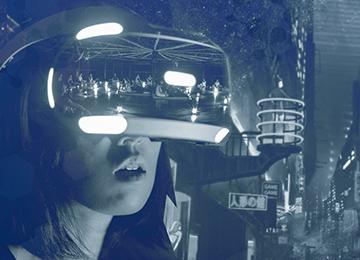 Should psychedelic guides keep spirituality out of the therapy room?

While the use of psychedelics has been closely entwined with spiritual practice, prominent voices in psychedelic research have called for the demystification of these substances and the adoption of more secular approaches to psychedelic therapy. I sat down with OPEN Foundation collaborator and psychedelic chaplain, Daan Keiman, to discuss the ethical issues that have been raised around the introduction of spiritual frameworks in psychedelic therapy sessions. From his experience facilitating psilocybin truffle ceremonies at one of the many legal psychedelic retreats in the Netherlands, he thinks that rather than secularize psychedelic guidance and integration, we should tackle these concerns through an interfaith approach. If therapists acknowledge that they are not “existentially neutral” about the nature of the psychedelic experience and its meaning, they should therefore reflect honestly with patients on their therapeutic relation and their respective existential views.

In a recent viewpoint article about the pitfalls of psychedelic medicine, researcher Matthew Johnson has raised concerns around the possibility of imposing religious beliefs on patients undergoing psychedelic therapy. Johnson warns therapists about the risks of using concepts from Eastern or indigenous spiritualities in integration sessions or even displaying particular religious icons in the therapy room. In his own words, “in addition to other concerns about conflating religious beliefs with empirically based clinical practice, the introduction of such religious icons into clinical practice unnecessarily alienates some people from psychedelic medicine, e.g., atheists, Christians, and Muslims. It will ultimately interfere with the mainstream adoption of these treatments.”

Daan shares some of these concerns given that psychedelics may put patients in particularly vulnerable states that must be handled with care and responsibility. “Under the effects of psychedelics, the suggestibility goes up significantly and we know that people often have noetic experiences: a feeling that something is being revealed to them that is incredibly true.” Although we know that these experiences are deeply mediated by the context in which they are used, their noetic quality feels as unmediated, as completely independent from the set and setting.

Therapeutic work with this kind of deeply felt experiences of truth is proving challenging for psychedelic researchers concerned about the ethics of inducing or validating profound metaphysical beliefs in patients. They worry that such revelations facilitated by the combination of drug and setting may turn psychedelic therapy into a form of non-consented spiritual conversion. Therefore, as Johnson argues, researchers and clinicians should adhere to a secular approach and refrain from introducing any “non-empirically verified beliefs” into their therapeutic protocols.

Daan agrees with the difficulties of introducing elements from particular spiritual traditions in pluralistic settings such as the truffle retreats that he facilitates. In fact, the Buddhist teachings and stories that he used to share with participants in preparation for their ceremonies did not always resonate with everyone’s worldviews. In one of these stories, the Buddha is seduced by the demon god Mara during meditation and, instead of ignoring his calls, he accepts them and invites the demon to tea. With this story, Daan would encourage psychedelic journeyers to confront challenging experiences: “invite your demons to tea, and see what you can learn from them”. However, he recounts an occasion on which a couple of Christian retreaters felt incredibly uncomfortable with the idea of inviting their demons to tea.

“Although I had been trained as an interfaith spiritual caregiver, I had wrongfully assumed that the prevailing clinical and therapeutic best practices, those underlying the Buddhist story, were universally applicable. The incident made me realize that they can come with ontological or theological assumptions”.

While discarding religious iconography and language appears as an easy solution, the distinction between belief and empirically based clinical practice is not always so straightforward. As Daan shows, the main psychotherapeutic frameworks used nowadays in psychedelic research are shaped by spiritual beliefs and practice. “If we look at ACT and other third-generation behavioral-cognitive therapies, we see that they are based on mindfulness. A lot of Buddhist insights deeply inform the ways people are encouraged to go into psychedelic experiences”. Transpersonal psychology and existential psychotherapy are other examples of how psychedelic therapy draws from traditions that have their own ontological assumptions.

Some in the psychedelic community have expressed their criticisms to Johnson’s article. “Something that a lot of people take issue with,” explains Dann, “is what comes across as yet another white man pretending that his secular psychotherapeutic perspective is the position of no-position; as if it is neutral, as if it doesn’t come with its own baggage and its own set of assumptions which are not empirically verified.” Daan acknowledges that Johnson is actually much more nuanced than how he is depicted by critics. However, he also thinks that secularizing psychedelic therapy might not be the best solution.

There are good reasons to be careful when introducing spiritual frameworks as meaning-making tools in integration sessions.  Yet ruling them out completely due to the lack of evidence to support them seems premature. Daan adds: “Let’s not pretend that psychotherapeutic approaches are neutral. They are deeply informed by certain assumptions. The interesting thing is that currently accepted approaches, like mindfulness-based cognitive therapy or Internal Family Systems, were not empirically verified before they were put into practice and researched. They were met with scepticism, and it took effort to research them and show their validity.”

Excluding all spiritually oriented elements from therapeutic and research protocols would only perpetuate their non-empirical status. Instead, perhaps more research should be dedicated to questions about the ideal therapeutic setting and the necessary competencies to accompany the meaning-making process of patients of diverse existential orientations.

In regards to such questions, Dann believes that “spiritual traditions, alongside with the richness of shamanic approaches and their accompanying ontologies, might provide fruitful and wholesome insights, and could inform contemporary psychedelic-assisted psychotherapy; as long as they are presented as exactly that: spiritual narrative or practice, not ultimate truth.”

In contrast to this proposal, Johnson’s article seems to “naively suggest that if we just wear a white coat and strip our protocols of anything that remotely smells like meaning, we will be fine”. However, meaning pervades every element of the therapeutic protocols, from psychometric tests to music playlists, driving the psychedelic experience in subtle ways. This is something that researchers are still struggling to deal with.

Current research about the psychological mechanisms of action of psychedelics is running into the problems of shaping people’s expectations as they prepare for a trip. Along these lines, Daan wonders “to what extent the flight instructions are not some sort of descriptive tool but actually a primer for the experience”. Yet, rather than a mere source of confusion, these feedback loops may help us better understand the interplay of drug, set and setting that determines psychedelic effects.

“We need a deeper understanding of how everything we do is endowed with meaning. Therefore, it is more useful to be transparent, reflect on the meaning of what we do and work towards a more patient-centered approach based on informed consent.”

Psychedelic researchers agree that therapists should empower patients to make sense of the metaphysical aspects of their experiences by themselves. “I am not against that idea,” says Daan, “but as a spiritual caregiver trained to talk about existential questions, I think you need particular competencies to discuss these issues with patients.”

Daan advocates the figure of the psychedelic chaplain, a guide who is fully equipped to help patients with the ontological shock that may be triggered by intense psychedelic experiences. In his view, “to have a psychotherapist helping you interpret those experiences from a purely secular standpoint might become very difficult and could actually harm the existential or spiritual integrity of the client.”

Instead of secularizing psychedelic therapy, Daan suggests  working within an interfaith approach that emphasizes the positionality of both therapist and patient. Deep awareness about the spiritual integrity of the patient and a clear agreement about the framework within which the therapist will guide the patient, therefore, become central in establishing trust in the therapeutic alliance. “Before you start to work with me, I am going to be honest about the fact that I am a Buddhist psychedelic chaplain. Even though I work with a client-centered interfaith approach, there are things that I am bringing into the psychedelic context which I cannot erase and which will influence your journey. If you are uncomfortable with this situation that we call “Daan”, then I might not be the right person to guide you.”

This notion of positionality that Daan borrows from anthropology is aimed at promoting self-reflection and ensuring transparency in face of potential ethical issues in situations where being neutral appears as a naive ideal. To Daan, this self-reflection is very much needed in psychedelic therapy given the position of power and authority that therapists and guides often hold in relation to their patients.

“It is very important that psychedelic psychotherapists are honest about the baggage that they carry in a much deeper way than just in terms of spirituality and ontology. Race, sex and gender play crucial roles in the power disparities between the guide and the person being guided. In the same way that Mathew Johnson identifies the risks of the spiritual orientations of therapists, we also need to become aware of the risks inherent to these power relations, by elucidating them, by articulating them and by reflecting on them with peers and supervisors.”

Should psychedelic therapists then keep their spiritual beliefs away from patients? Perhaps, a self-reflecting interfaith approach is better attuned to cultivate meaningful therapeutic encounters. Patients should have the last word about this.