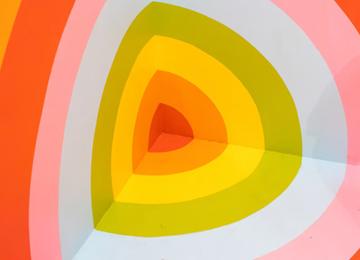 What microdosing did for the perception of psychedelics

Over the past decade, the phenomenon of ‘microdosing’ has had outsized implications for the perception of psychedelics. Before this phenomenon, narratives around psychedelics always assumed a large dose and a full psychedelic experience. After the popularization of the concept of microdosing, the idea that psychedelics could be taken in small quantities -as a cognitive enhancer- became more prevalent and accepted. Ever since, they’ve been hailed as valuable tools for enhancing various aspects of cognition, creativity, emotion and neuroplasticity.

This article takes notes from Aleksi Hupli’s upcoming PhD dissertation in Sociology at the University of Tampere called: Smarter with Drugs. Cognitive enhancement drugs from users’ perspectives. In it, he partly explores why psychedelic microdosing should be included in the pharmacological neuroenhancement discussion and debate.

Albert Hofmann – the discoverer of the psychoactive properties of LSD – already mentioned in an interview with High Times in 1976 that “very small doses, perhaps 25 micrograms, could be useful as a euphoriant or antidepressant” (Horowitz 1976). The current renaissance of psychedelic microdosing research is usually accredited to Dr. James Fadiman, who dedicated a small chapter to describe experiences with “sub-perceptual doses” in The Psychedelic Explorer’s Guide, published in 2011. Prior to Fadiman, we have to go back to early research done in the 1950s and 60s – especially by the US military – on low doses of LSD. These studies were reviewed by another ICPR2020 speaker, Dr. Torsten Passie (MD) and partly republished in his book The Science of Microdosing Psychedelics (2019), arguably one of the most comprehensive publications on the issue of microdosing to date.

The “very small dose” of 25 micrograms mentioned by Hofmann is not technically considered a microdose or “sub-perceptual dose” as described by Fadiman (2011). As the “common” recreational dose of LSD ranges from 50 to 150 micrograms (Passie et al. 2008), and in contemporary clinical settings from 20 to 200 micrograms, it is still fairly unclear what a “microdose” really is compared to a very low dose or “minidose” (Kuypers et al. 2019; Passie 2019, p. 9-10). According to Fadiman, Hofmann called microdosing “an under-researched area” (Fadiman 2011, p. 211; see also Passie 2019, p. 23-25) and it did take over 45 years for the topic to be picked up by modern mainstream media and research.

Not accepted yet
Some psychedelic researchers remain sceptical about microdosing (e.g. Nichols, Roseman & Timmerman 2018, p. 83) while others acknowledge that “This role of psychedelics as cognitive enhancers is certainly an area in need of more research” (Sessa 2017, p. 276). It is important to note that ‘microdosing’ has several different meanings: for instance, in pharmacokinetic studies, microdosing is being used as a method in novel drug toxicology research. In addition, microdosing is also used as a novel technology in agriculture as a method of distributing plant nutrition (Passie 2019, p. 4).

Lack of research did not prevent a certain “media-hype” from developing, as there were plenty of media reports around the topic of microdosing. These reports described microdosing as a “Revolutionary Way of Using Psychedelics” (High Existence 2014) and, in a “brief history of microdosing” written by Vice in 2015, stated that “while the idea hasn’t yet catapulted itself into the mainstream, it’s getting there”. The following years indeed saw more mainstream media outlets writing about how LSD microdosing “became the hot new business trip” (Rolling Stone 2015) and “the new job enhancer” (Forbes 2015). Microdosing was affiliated with work productivity as a “new brain booster” (The Times 2017) especially in the technology hub Silicon Valley located in California (Wired 2016; Huffington Post 2017; also Mishra 2018; Hupli 2019). These media reports usually included mainly positive reports from people practicing or experimenting with psychedelic microdosing despite that for a long time there was indeed a lack of published research available, as still remains the case.

The definition on Microdosing
In their comprehensive overview of the current literature Kim Kuypers and colleagues, many of whom are presenting at ICPR2020, state: “the term ‘microdosing’ appears to consist of three components: 1) The use of a low dose below the perceptual threshold that does not impair ‘normal’ functioning of an individual. 2) A procedure that includes multiple dosing sessions. 3) The intention to improve well-being and enhance cognitive and/or emotional processes” (Kuypers et al. 2019). Thus, firstly, the dose should be low enough so it does not at least impair “normal” functioning, and in the publication the authors offer a table which includes varying doses (Microdose, Very low Dose, Low dose, Medium dose, High dose) of varying psychedelic compounds (psilocin, LSD, DMT and Ibogaine) that have been studied both in preclinical and clinical research. The authors write that “These doses are approximate values” which were presented as “Per kilogram dose values” which had been “converted to values for a 70-kg person” (Kuypers et al. 2019, p. 3), thus their applicability to ‘real-life settings’ requires careful consideration.

The second component of microdosing according to Kuypers et al., included a procedure with multiple dosing sessions for which there is no unified protocol. This multiple dosing of psychedelic compounds, which is something that usually does not take place with higher doses, is one of the issues that has raised concerns of potential cardiovascular risks associated with nearly daily activation of serotonin receptors with potent partial serotonergic agonists like LSD and psilocin (Kuypers et al. 2019;  Nichols, Roseman & Timmerman 2018, p. 83; Passie 2019). Kuypers et al. (2019, p. 8) conclude that “the possible effects and implications of microdosing remain largely unknown.” While online forums have a vast database of reported effects, from Youtube (Hupli et al. 2019a) to Reddit (Lea, Amada & Jungaberle 2019), according to Kuypers et al. (2019) “the true amount of active substance in these is unknown”. From a research and public health perspective this is, of course, problematic to say the least.

The third component of microdosing described by Kuypers et al., “having an intention to improve well-being and enhance cognitive and/or emotional processes”, is indeed something that users often seem to have when they practice psychedelic microdosing (e.g. Lea et al. 2020; Fadiman & Korb 2019; Hutten et al. 2019; Polito & Stevenson 2019). However, “while in these anecdotal reports the user deliberately ingests a substance for a reason, expecting positive effects, it is difficult to distinguish between expectation ‘placebo’ effects and the effect of a microdose.” (Kuypers et al. 2019, p. 8). From users’ perspectives, however, there is ‘an effect’, whether due to pharmacology or the excitement of doing some thing, even something illegal, but at least something that might improve one’s life-situation which is more than understandable.

Thus, this trend begs for more research on the topic to distinguish “the actual from the imaginary effects of microdosing” (Passie 2019, p. 46), not only for therapy but also for pharmacological neuroenhancement. According to a recent review of psychedelic microdosing, focusing specifically on its potential as a cognitive enhancer, Rifkin, Maraver and Colzato (2020, p. 9, italics added) “conclude that microdosing psychedelics is a promising means for enhancing various aspects of cognition, creativity, and emotion recognition, and that they may be valuable tools to augment cognitive flexibility and neuroplasticity.” However, they also acknowledge that “These findings imply that psychedelics should not be treated as a uniform class of drugs, particularly with respect to microdosing. Various psychedelics, with their distinct receptor affinities, will almost certainly prove to be better for cognitive enhancement in small doses than others.”

Although some users experience also unwanted effects, psychedelic microdosing is more often claimed to bring relief for such conditions such as depression and ADHD (Fadiman & Korb 2019; Lea et al. 2020), which were already mentioned by Albert Hofmann for what ‘very small doses of LSD’ could be useful for, decades ago. The vast list of effects psychedelic microdosing is claimed to produce, now confirmed by an increasing amount of user and preclinical studies (Polito & Stevenson 2019; Hutten et al. 2019; Rifkin, Maraver & Colzato 2020) with some clinical ones completed (Yanakieva et al. 2019; Ramaekers et al. 2020) and others underway (MindMed Press Release 2020; see also Hupli et al 2019a; Wired 2019) require further attention in this field (Hupli 2019).

Fadiman together with Sophia Korb will present some unexpected results from their crowd-sourced research at ICPR2020.

Written by Aleksi Hupli as part of his upcoming PhD Dissertation in Sociology at the University of Tampere titled Smarter with Drugs. Cognitive enhancement drugs from users’ perspectives.